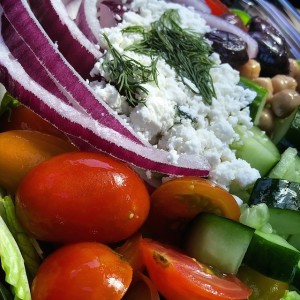 In the past few years, people have claimed a number of foods to have protective properties that guard against the onset of dementia. Most of these claims have not held up to scientific study.

A notable exception is the Mediterranean diet. JAMA Internal Medicine has reported on a 6 year study conducted in Barcelona, Spain that systematically studied the effect of a Mediterranean diet on 447 elderly subjects, all of whom were at high cardiovascular risk.

After six years, all groups were tested for memory, attention span, executive function and global cognition – how people perceive, remember and think. Both groups that followed a Mediterranean diet showed a statistically significant improvement in cognition; in contrast, the control group declined in cognition. The group that ate mixed nuts performed best on the memory tests.

Key Components to the Diet

Mediterranean cooking is known for its liberal use of fresh fruits and vegetables, chick peas and other legumes, nuts, olive oil, and fish, spices and of course, olives. Amounts of fish or lamb used in recipes are smaller than that found in typical American fare; additional protein comes from the legumes , whole grains and nuts. So if you want the full benefit of this diet, you should pay attention to quantities of ingredients and overall portions. You have to do more than add some olives to the recipe!

Time to Try a Mediterranean Diet?

It is now high summer and there are abundant fresh fruits and vegetables everywhere. It seems like a convenient time to introduce Mediterranean foods into one’s diet. There is no shortage of cook books on Mediterranean eating. A check in my public library and local bookstore revealed many delicious looking options. Here are a few suggestions to get you started:

Extra Virgin – Recipes and Love from Our Tuscan Kitchen

By Gabriele Corcos and Debi Mazar

Mediterranean Cooking: More than 150 Favorites to Enjoy with Family and Friends

Buon Appetito! Or as they say in Greece, Kali Oreksi!