Can’t Smell the Difference Between Coffee and Lemon? … You May Be at Risk for Alzheimer’s. 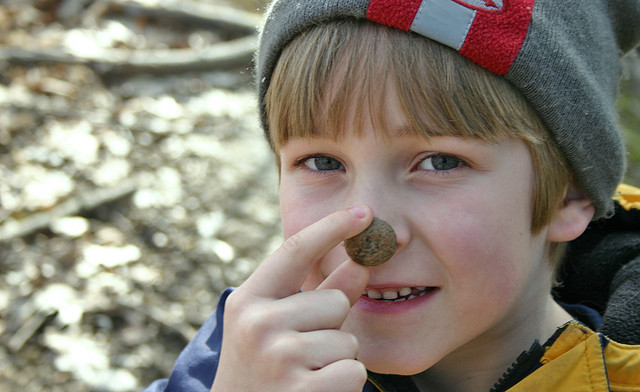 The Alzheimer’s research community is focused on finding effective therapies for patients who do not yet exhibit symptoms of cognitive impairment. This search is based on an assumption that once a person shows clear signs of Alzheimer’s, the brain is too damaged to respond to drug treatments.

Given this focus, it is imperative to develop screening methods to accurately identify people who are likely to develop Alzheimer’s disease in the future.  Currently, researchers identify high-risk individuals through either a PET scan or a spinal tap. Both tests reveal whether a person has an elevated level of Abeta protein, a hallmark of Alzheimer’s disease. Problems with these screening methods include (1) the reluctance of patients to undergo invasive testing, (2) the expense, and (3) the number of false positives, since not everyone with elevated Abeta levels develop Alzheimer’s.

Therefore, the hunt is on to develop tests to identify people at high risk of developing Alzheimer’s disease that are (1) non-invasive, (2) easy to administer, (3) highly predictive and (4) inexpensive.

Both studies used the UPSIT (University of Pennsylvania Smell Identification Test). This test consists of 40 scratch and sniff patches. The patient scratches one patch at a time, and identifies the scent from 4 different choices. The smells are all common, and the 4 answer choices include a wide range of smells, so that someone with normal sense of smell should not have a hard time in selecting the correct response. The example given at the news conference yesterday for one patch: pizza, chocolate, leather, peaches.

The UPSIT has been administered over 500,000 times, and has been found to be a very accurate gauge of olfactory acuity. It can be self-administered by the patient and it only costs $25, elements that make its use attractive to researchers seeking a low cost, effective screening tool.

The first study, done by the Harvard Aging Brain Study, tested 215 cognitively normal people between the ages of 64 and 88. All were given the UPSIT, and underwent brain scans, a memory test, blood work and spinal fluid sampling.

The researchers measured the size of different portions of the brain that process smell and memory (the entorhinal cortex and the hippocampus). They found that the participants who did the poorly on the UPSIT also had smaller hippocampuses and entorhinal cortexes.

This is a preliminary study, based on one correlation at one moment in time, a “snap shot”. However, it is hoped that a five-year follow up study will determine how predictive the test is for the development of Alzheimer’s Disease.

Long-Term Study Using Participants With A Range of Cognition

The second study was led by Dr. Devangere Devanand  at the Columbia Medical Center and tracked 1037 people, mean age of 80, with a range of cognitive health for six years. The participants all took the UPSIT, as well as memory tests. Researchers followed up with each participant at two-year intervals.

The investigators for both studies acknowledge that the screens need more testing before they will be ready for general use. One challenge is that there are other factors that affect one’s ability to smell, such as allergies, smoking, environmental pollution, and certain diseases. The hope is that these tests can be refined, and will allow offer a quick and inexpensive way to identify research subjects who are likely to develop Alzheimer’s in the future if they don’t receive an effective therapeutic intervention.

Note: Each July, the Alzheimer’s Association hosts a global conference, bringing together the top researchers from around the world. The AAIC opened yesterday in Copenhagen and will run for a week. The blog will cover new research findings as they are announced and discussed.

As part of this report, the Alzheimer’s Association has released key highlights from this topic. Below is one part of the series, to see more about other advances in early Alzheimer’s detection, visit here.