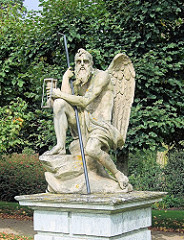 Last week, the FDA approved a clinical trial to determine if metformin, a well-known medication to control diabetes, might be used to prolong health in seniors.   The study, known as TAME, Targeting Aging with Metformin, will start in 2016, pending receipt of sufficient funding. It will enroll 3,000 people between the ages of 70 and 80 who have cancer, cardio-vascular problems, or dementia, or are at risk for one of these health problems. The purpose of the study is to determine if metformin can extend healthy living in seniors by delaying the onset of age related diseases.

Metformin as a Drug for Diabetics

Researchers studying metformin’s properties found that it extended the life span of earthworms by up to 40%.  Scientists think that metformin slightly increases the number of oxygen molecules in cells. If there are too many oxygen molecules, the cells are damaged, but a slight increase seems to make the cells stronger and longer-lived.

Research on mice seems to confirm this hypothesis.   Middle-aged mice who were given a low dose (0.1%) of metformin had a 5% increase in their life span. They were generally more fit and weighed less than the control group of mice. On the other hand, when the dosage of metformin was increased (1%), the mice fared poorly and their lifespans were 14% shorter than those of the control group.

Some observers think that metformin at the proper dosage could extend human life for up to 40 years, making it possible for people to live to 120. The researchers say that they are not trying to extend the lifespan, but to extend the amount of human life that remains free from age-related disease.

The idea of being able to avoid diseases such as Alzheimer’s is compelling.  It is not clear whether extending healthy living will allow people to avoid a long period of decline prior to death.

The TAME study is to last for 5 to 7 years, so there will be no immediate determination of the potential of this drug. If the drug does extend healthy living, it will have profound implications for public health. Clinicians, researchers and ethicists need to consider the many dimensions of this potential to extend life to guide the public conversation.