How to Handle An Impossible Request 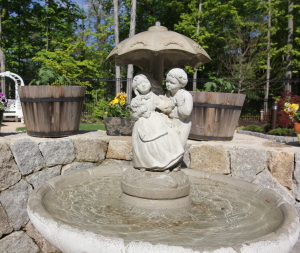 Prior to his retirement, my father had worked for many years for a large corporation in a job that he had loved. After he retired, he had increasing difficulty with his short-term memory. One morning while he was visiting me, I came downstairs at 6:30 a.m. to find my father fully dressed, with a brief case in hand, staring out the dining room window at the driveway.

I asked him how he was, and he said that he was okay, but the car service had not arrived, and he was going to be late for his meeting. It was clear that he was both anxious and angry.

Many caregivers face some variation of this challenge. The person you are caring for is convinced that they need to be somewhere else or with someone else. Some women want to pick up children at school. Some people want to see their parents, or a sibling or friend who has passed away. How do you successfully handle these situations?

In talking with other family caregivers and professional staff, I have not found anyone with a magic formula. What will work with one person may not work with another. However, there is a general consensus as to the types of approaches that may lead to a smooth resolution.

Sometimes caring for someone with Alzheimer’s requires detective work and experimentation. The more you know about someone’s past – the names of their family members and close friends, their professions, what they enjoyed doing in their free time – the more likely it is that you will understand the impulse behind these impossible requests. If you don’t already know this information, seek out these facts from family and friends.

If you use an excuse that does not ease the patient’s state of mind, take note, and try another approach. Try to see the world from their vantage point and figure out what is triggering the requests.  In working out a resolution, you may be surprised at what you learn about their past lives and how enjoyable the time together can be.