Is Alzheimer’s Increasing or Decreasing Globally? 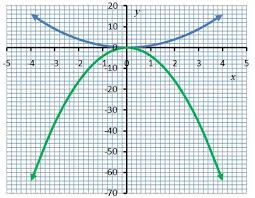 There was some confusing news announced at the Annual Alzheimer’s International Conference about the number of cases of Alzheimer’s around the world.

Two separate studies reported a significant drop in the expected number of Alzheimer’s cases in developed countries.  The first study, conducted by the German Center for Neurodegenerative Diseases (DZNE), looked at short-term trends in the German population between 2007 and 2009. It used claims data from the largest health insurer in Germany that insures roughly one-third of the German population, so the study had a rich data base. The researchers concluded that both the number of people in the population with the disease (known as prevalence) and the number of new cases of dementia in the population during this 3 year period (known as incidence) was much lower than previously projected.

Specifically, there were 3.6% fewer women aged 74 to 85 with dementia in 2009 than there were in 2007. This study also reported that the number of new cases of dementia within this population dropped significantly.

The other study conducted by the Boston University School of Medicine analyzed  data from the Framingham Heart Study, also a large data base. It concluded that people were developing Alzheimer’s later in life; the mean age of diagnosis for this population has risen from 80 to 85.  It also determined that the people in the study today have a 44% lower risk of being diagnosed with Alzheimer’s today than they did 30 years ago.

Both these studies, if verified, bring extremely hopeful news. A delay in developing the disease will increase productive life spans, and reduce the length of the time people live with the disease. Some people who would have gotten the disease never will, as they will die first of other causes.

There were two other studies reported out at the AAIC 2014 Conference that concluded that the prevalence of Alzheimer’s disease has been significantly underestimated in lower and middle income countries, and that the global burden of Alzheimer’s will continue to grow exponentially.

The first study was prepared for the G8 Summit last fall. Working off of new population data from the United Nations and 154 regional studies of prevalence of the disease, the report concluded that the number of cases of Alzheimer’s in these countries was much higher than originally thought. In particular, the G8 report projected a surge in Alzheimer’s cases in Asia and sub-Saharan Africa. It sum, it projected that, given the aging of most populations, the number of people living with Alzheimer’s will triple over the next 40 years.

Another study reached similar conclusions for the population of Columbia. Working off of studies of the prevalence of Alzheimer’s that was conducted 20 years ago and using the updated UN population projections, the researchers concluded that the projected number of cases of Alzheimer’s in Columbia have been underestimated by 50%.

Who Is Counting What?

Are the trends from the low and middle income countries diverging from the  trends in the developed world? It is hard to say based on these reports, since the scientists were evaluating very different types of data. None of the studies have yet been published in a peer reviewed journal, which would add credibility to the reported conclusions.

The German and American studies reviewed medical records of actual people whose health status and diagnoses are actively and regularly tracked. The reports on the China, sub-Saharan Africa and Columbia populations are only estimates based on population projections and aged data on the number of people in the population with the disease. The German study is limited to a 3 year period and may not reflect larger population trends. The American study involves people in one small city, and may not reflect trends in the total population.

While projections based on population modeling and assumptions about prevalence serve as a starting point to understand the likely long term impact of a disease, they need to be followed up by collection and analysis of people within these populations.