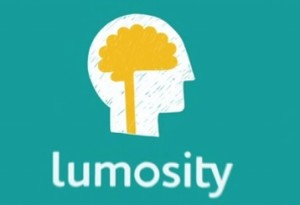 The Federal Trade Commission announced this week that Lumos Labs, the creator and marketer of Lumosity, a well-known brain-training program, had agreed to settle charges of deceptive marketing practices. The FTC claimed that Lumos Labs overstated the science behind its claims that using Lumosity would prevent memory loss, dementia and Alzheimer’s disease. It also claimed that Lumos Labs had failed to disclose that the testimonials appearing on its website were provided as part of a contest that offered significant prizes. As part of the settlement agreement, FTC requires Lumos Labs to:

The Concept of Brain Training

Scientists used to think that people’s brains developed early, and that after childhood, people did not generate new brain neurons. More recently, researchers discovered that people develop new neurons throughout their lives. This discovery led to the concept of “neuro-plasticity”, and the idea that we might be able to train our malleable brains to make them work better or to prevent cognitive decline. Researchers have been trying to develop computer programs that will achieve this vision.

The idea of brain training continues to be researched, but there has been increasing controversy over claims made by Lumosity. As early as 2010, researchers in peer-reviewed journals were openly questioning the efficacy of existing brain training programs. Last year, 70 researchers signed a letter published by the Stanford Center on Longevity expressing concern that there were no sound clinical trials that supported the claims of the brain training programs. They pointed out that soundly constructed trials show that regular use of brain-training games improves game performance, but not other cognitive skills used for every day tasks.

It remains to be seen if Lumosity will survive this settlement. One FTC Commissioner filed a separate opinion to warn others not to overstate the efficacy of their brain training programs, and to make sure that the science was sound before they relied on it to market their products. The scientists in the Stanford open letter and others who have challenged Lumosity’s claims, say we need clinical trials that:

The Lumosity settlement and debunking of its “science” should curtail the sales of brain programs in their current form. Given that the FTC found that Lumos Labs “preyed on consumers’ fears about age-related cognitive decline”, the protection of the FTC is welcome and warranted.