Results from the International Alzheimer’s Conference 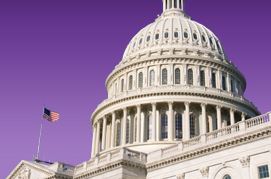 The Alzheimer’s Association holds an annual international conference that brings together researchers from around the world to discuss developments in Alzheimer’s research. This year’s conference just ended. Here is a brief overview of what was reported out; future blogs will discuss some of these findings in more detail.

Screening techniques to identify Alzheimer’s at early stages. Efforts to find treatments for those already diagnosed with Alzheimer’s have repeatedly failed. Research is now focused on drugs that will slow or stop the progression of Alzheimer’s in people who are not yet symptomatic. However, researchers need to develop accurate screens to identify asymptomatic people at risk for Alzheimer’s.

Currently researchers use PET scans that reveal levels of Abeta protein in the brain. PET scans are very expensive and logistically difficult. At this year’s conference, researchers reported on efforts to create inexpensive, easier tests using

All of these screening protocols are in early stages of development.

Identification of Associations that May Indicate a Risk Factor

Differential Impact of Alzheimer’s on Women

As previously reported, women are more likely to develop Alzheimer’s than men.  Research reported out at this conference presented data that showed that women with mild cognitive impairment decline at rates 2 times faster than men, and women who undergo surgery with anesthesia decline more than men in cognition, function and brain size. It remains to be understood why women are more vulnerable, and the Alzheimer’s Association announced a new initiative to raise funds to study hormonal factors, lifestyle differences and biological mechanisms that impact women’s health.

The Benefits of Physical Exercise

One of the most interesting studies reported that those who engaged in regular physical exercise that raised the heart rate to at least 70% of its maximum had the potential to reduce the amount of Tau and Abeta in the brain. Further, this level of exercise reduced behavioral symptoms that are the most distressing to patients and caregivers alike: depression, agitation, and anxiety.

Researchers provided updates on 3 clinical trials involving monoclonal antibodies. While some of the studies showed some promising data, these studies are at very early stages, and cannot yet be seen as offering an effective therapy.

The conference presentations did not offer solid hope of an effective treatment. They serve as a reminder that the process of understanding a disease and finding a cure is a slow and uneven process.

Scientists are now openly suggesting that an effective treatment is not likely to be a “silver bullet”, but a combination of drugs that target both Tau and Abeta. Further, there is increasing evidence that the most effective prevention may be rooted in healthy eating and exercise regimens, starting early in life.