Richard Taylor, Author of Alzheimer’s from the Inside Out 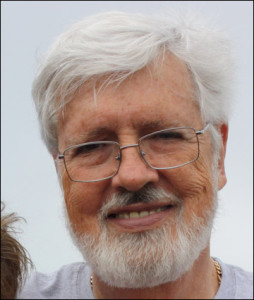 When Richard Taylor was 61, his doctor informed him that he had dementia, “probably of the Alzheimer’s type.” By his own account, he, his family and friends “ran as fast as we could down the first hundred steps of the spiral stairway to depression.”

Richard had been a well-regarded professor of psychology, but after his diagnosis, he lost his job, his driver’s license, and his sense of purpose. He started to write down his thoughts, emotions, and experiences as a way to help him better understand what was happening to him.

An Author and Educator

Richard shared these writings with his early onset Alzheimer’s support group, and found that his writings provided encouragement and inspiration to others. Ultimately, this collection of short pieces, coupled with information about Alzheimer’s, was turned into the highly acclaimed book, Alzheimer’s from the Inside Out.  Not only did those writings encourage others with dementia to remain as engaged as possible, they taught caregivers and families the capabilities and emotional range that people retain long after a diagnosis of dementia.  His book has helped many to better understand the process of dementia and the needs of those who are trying to live fully despite it.

As people learned about his writings, he became a sought after speaker, since he retained a comfortable professorial manner, a lovely sense of humor, and a passionate message about dementia. He joined the Dementia Advisory Committee of the National Alzheimer’s Association to advocate for the inclusion of people living with Alzheimer’s on its committees. Over time, he became increasingly critical of the Alzheimer’s Association and medical researchers in general because he thought they spent too much time focused on fundraising for pharmaceutical trials of unproven value, and not enough time helping those currently living with dementia.

Richard was one of the founders of Dementia Alliance International (DAI). The DAI is committed to reducing the stigma, isolation and marginalization of those with dementia. It is a global effort by those with dementia to provide support and role models to encourage others to live fully and with purpose, even if they have dementia.

In recent years, Richard established his own website where he maintained a blog and monthly newsletters. They have been less frequent since he was diagnosed last year with an aggressive esophageal cancer. Richard Taylor died on July 25 of this year from complications related to the cancer.

DAI is having an online tribute session for Richard on August 19. More information about this session is here.

When people started to ask who would take Richard’s place in the dementia advocacy movement, Richard said that there should be hundreds of people living with dementia taking his place, demanding respect, inclusion, autonomy and recognition that they still have lives of potential and meaning to live. May it be so.