Thanks due to Martin Shkreli! 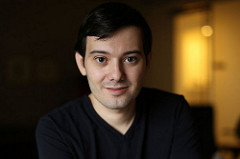 Martin Shkreli, the maligned former CEO of Turing Pharmaceuticals, was called before a Congressional committee this week to discuss his decision to increase the price of the drug Daraprim.  Daraprim treats toxoplasmosis that can be fatal to HIV patients. Shkreli’s action raised its cost overnight from $13.50 to $750.00 per pill. The 5000% increase incensed the country. But the increase was completely legal.

The Recent Rise in the Cost of Generic Drugs

Although Shkreli has become the poster boy for pharmaceutical company greed, we should applaud him for calling attention to a significant driver of health care costs: the steady cost increases in generic drugs. AARP reports that 80% of all pharmaceuticals now sold are generic, which are supposed to sell at a fraction of the cost of brand name drugs. The system for controlling drug costs is threatened when the cost of generic drugs rises faster than inflation.

The reasons for these cost escalations are varied and complex. Industry watchers cite the following factors for cost increases:

How Do These Trends Impact Drugs for Alzheimer’s?

Two drugs approved to treat the symptoms of Alzheimer’s disease are have generic counterparts: Aricept (donepezil) and Namenda (memantine). There are five manufacturers of donepezil, and eight manufacturers of memantine. Donepezil and memantine (10 mg.) each sell for as little as $14.65 for a 60 day supply. In contrast, the brand name versions at the same pharmacies sell for as much as $1108.17 for the same supply.

Therefore, there currently seems to be sufficient competition among generic manufacturers for Alzheimer drugs to protect consumers from price gouging. Over time, this picture may change unless the government and industry agree to new methods to control cost increases.

Martin Shkreli’s unabashed effort to increase his profits called this issue to our attention. But it is worth noting that despite the outspoken condemnation, Turing has not lowered the cost of Daraprim.