The Stages of Alzheimer’s Disease 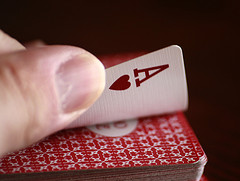 When initially diagnosed with a disease, most people want to find out as much as possible about it, including its likely trajectory. Responding to this need, different Alzheimer experts have constructed models of disease progression, identifying the different stages of the disease. Unfortunately, they provide conflicting information.

Dr. Barry Reisberg developed a 7-stage guide in 1982 that is still in general use and adopted by the Alzheimer’s Association. The Mayo Clinic has a 5-stage tool. Web MD has a 3-stage tool. The National Institute for Aging also has a 3-stage tool, revised in 2011, but its stages are different than Web MD. Some staging tools include pre-clinical phases, and though there are many symptoms in common, they appear in different stages. All of them recognize that the disease progresses very slowly, but the projections of how long people will live with Alzheimer’s range from 8 to 25 years.

Too Much Information, or Not Enough?

The guidelines that itemize a long list of symptoms do not identify those symptoms that are likely to develop, and those that are rare. This undifferentiated approach creates an unnecessarily frightening picture of the disease. Families can spend years fearing the onset of violent behaviors that may never materialize. There is very little information available on the prevalence of violent behavior. However, commentators say that it is rare and sporadic. One estimated that only 5 to 10% of patients develop violent behavior.

People look at staging guides for accurate information on the progression of the disease. The range in stages, symptoms, and estimated disease trajectory found in Alzheimer guidelines eloquently speaks to the fact that Alzheimer’s does not have a consistent trajectory. Efforts to provide anything but a general description of the mental and functional decline of Alzheimer’s patients can be misleading.

People looking at the staging descriptions are understandably shaken by what may lie ahead. Not only are families made fearful of their futures, so is the general public. They read about violence and personality transformations and conclude that Alzheimer’s patients are a risk to the community. One reason for the social isolation of Alzheimer’s patients lies in the misperceptions of the general public about what the disease does to people, misperceptions that are reinforced by some of the staging guidelines.