What is the Difference Between Alzheimer’s and Dementia? 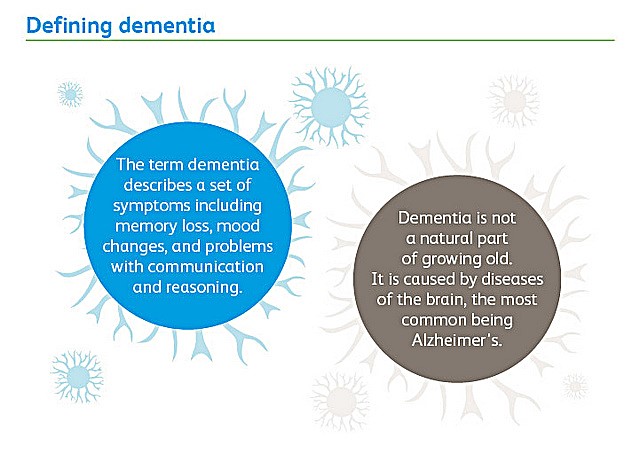 As we start a new year, I thought it might be helpful to re-issue a post that addresses one of the most common questions about Alzheimer’s.

Many people use the terms “Alzheimer’s Disease” and “dementia” interchangeably. However, these terms are not different names for the same disease.   Indeed, dementia is not a disease at all, but a collection of symptoms that signal an underlying problem with the brain. Some causes of dementia are treatable.  Therefore,  those who suspect that their cognitive ability is declining should be evaluated by a physician.

What is Alzheimer’s Disease?

The behavioral attributes of Alzheimer’s Disease include:

The physical hallmarks of Alzheimer’s Disease are Abeta and tau protein accumulations in the brain, often described as plaques and tangles, respectively. Scientists do not know what causes the body to generate high levels of these proteins, or how these proteins impair normal brain activity.

With the increasing use of scanning technology, researchers have found that the presence of Abeta protein alone will not result in Alzheimer’s. However, scientists think there is a connection between the presence of Abeta and the subsequent production of tau. People who have high levels of both proteins will experience brain atrophy, initially affecting the hippocampus region of the brain, and spreading to other areas of the brain over time.

By contrast, dementia is not a disease, but a group of symptoms that indicate the presence of an underlying problem with the brain. Clinicians define dementia as memory loss and trouble with at least one other common cognitive function, such as planning, problem solving, organization, which makes it difficult or impossible to operate normally.  People who have Parkinson’s disease, thyroid or vitamin deficiencies, stroke victims, and those who have received repeated head trauma can all show dementia symptoms as well.